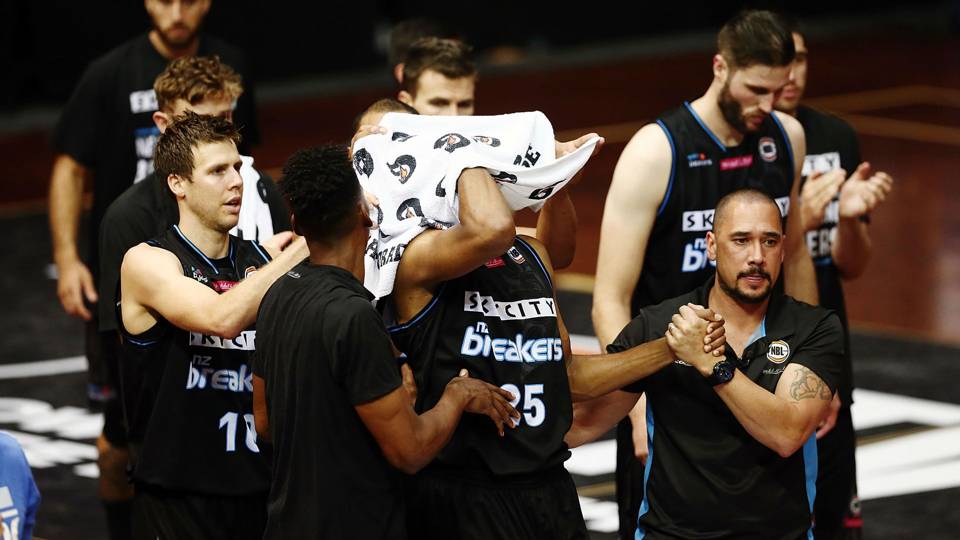 Akil Mitchell, who plays for the New Zealand Breakers, was in Auckland for an Australian NBL game on Thursday night when the incident happened.
The finger of an opposing player accidentally dislodged his eyeball.
The American fell to the ground holding his hands to his left eye and was rushed to hospital.

„I remember thinking oh man… this is kinda bad, but I actually felt it kind of out of place and that’s when I kind of freaked out a little bit.“

The 24-year-old said he remembered hearing the crowd and fellow players panicking and thought he would lose his sight and his career was over.
BBC

👀… too soon? Lol thanks for all the love, well wishes, and prayers tonight. I'm home and seeing fine, more tests tomorrow