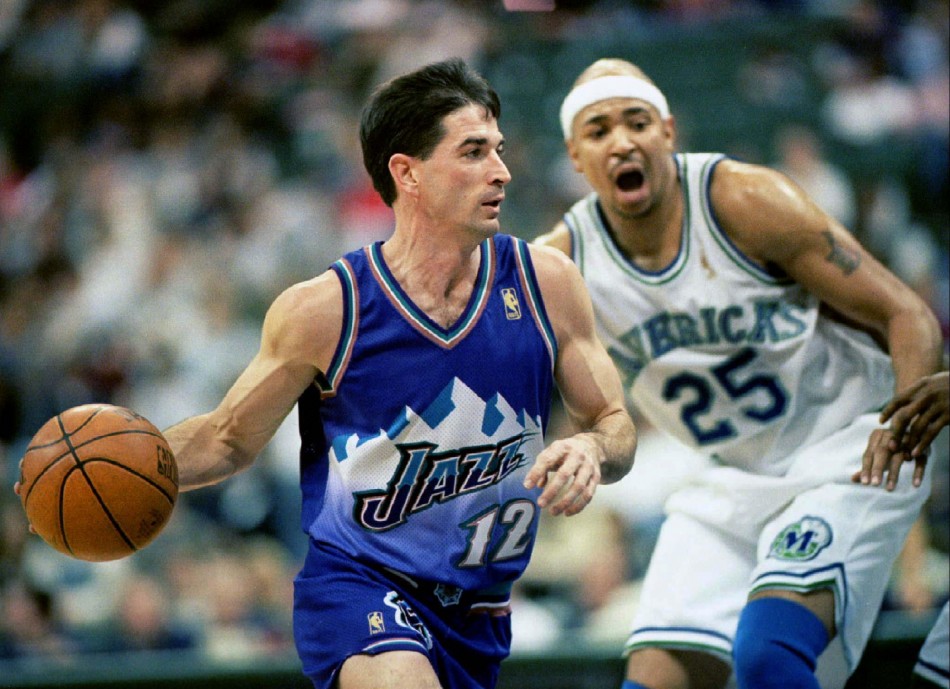 John Stockton: No question. I’m not saying that because I think it should have been called a foul. I don’t. But he shoved him.

SI.com: So he pushed off, but no foul.

SI.com: What’s one thing in the book about Karl Malone that we don’t know

Stockton: He was incredibly generous, both with his time and his good fortune. He sees people’s needs and helps them. He has done it time and time again. He was approached at an airport baggage claim once by some lady who mistook him for a skycap. She said, „Excuse me, can you help me with my bag.“ And the whole team was standing around watching. And he says, „Why, sure,“ picks up her bags and walks them out to a car that was full of people who knew exactly who he was. He never broke character. He just put the bags in the car. She offered him a tip and he said, „This one is on me.“

SI.com: What’s the worst thing Jerry did to Greg Ostertag?

Stockton: (Laughs) Anything Jerry says you have to change the wording a little bit. Greg got his doses. Nobody went unscathed. Some guys were more focused than others. If you were more focused, you probably heard it less than the guys who were less focused. I wouldn’t say Greg was the lone whipping boy, though.