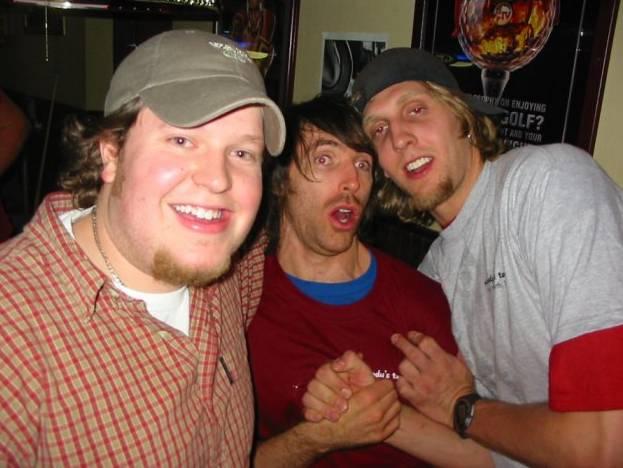 Back in 1995, I travelled to Indianapolis to attend an Indiana Pacers game. The game was on Saturday night, so I went out to the bars with some friends on Friday night. And who do we run into but the Pacers’ very own Derrick Mckey! Derrick was in the company of no fewer than three stunning ladies (who, considering the fact that we were in the heart of Indiana, must have been imported from out of state or maybe even overseas), and he was getting completely and utterly shit-faced. By the end of the night, the girls had to carry him out. „I wonder how he’s going to play tomorrow?“ I asked a friend. Turns out he didn’t. He was held out of the game with „flu-like symptoms.“